2019 is coming to a close and this is our list for the best Marvel Comics of 2019. Marvel had an amazing year. Lots of great stories came in 2019. From cosmic battles to amazing character deconstruction, from heartfelt comedy to serious issues, Marvel splendidly showcased some of the most amazing stories of the year.

What’s not to love about this book. Trad Moores’s artwork is criticized for this book, but for me Moore’s art was fresh. It wasn’t everyone’s cup of tea.  The story was brilliant as well. Silver Surfer is sucked into a black hole where he finds a nemesis older than time itself.

This is the Death of Wolverine done right. Old Man Logan is dying and he got one last task to do. Kill Mysterio. He wants to prevent what happened on his Earth. Brisson really knows this character. Mysterio’s and Hawkeye’s characterization are well done. With rough and tuff art by Henderson, what more can you want. 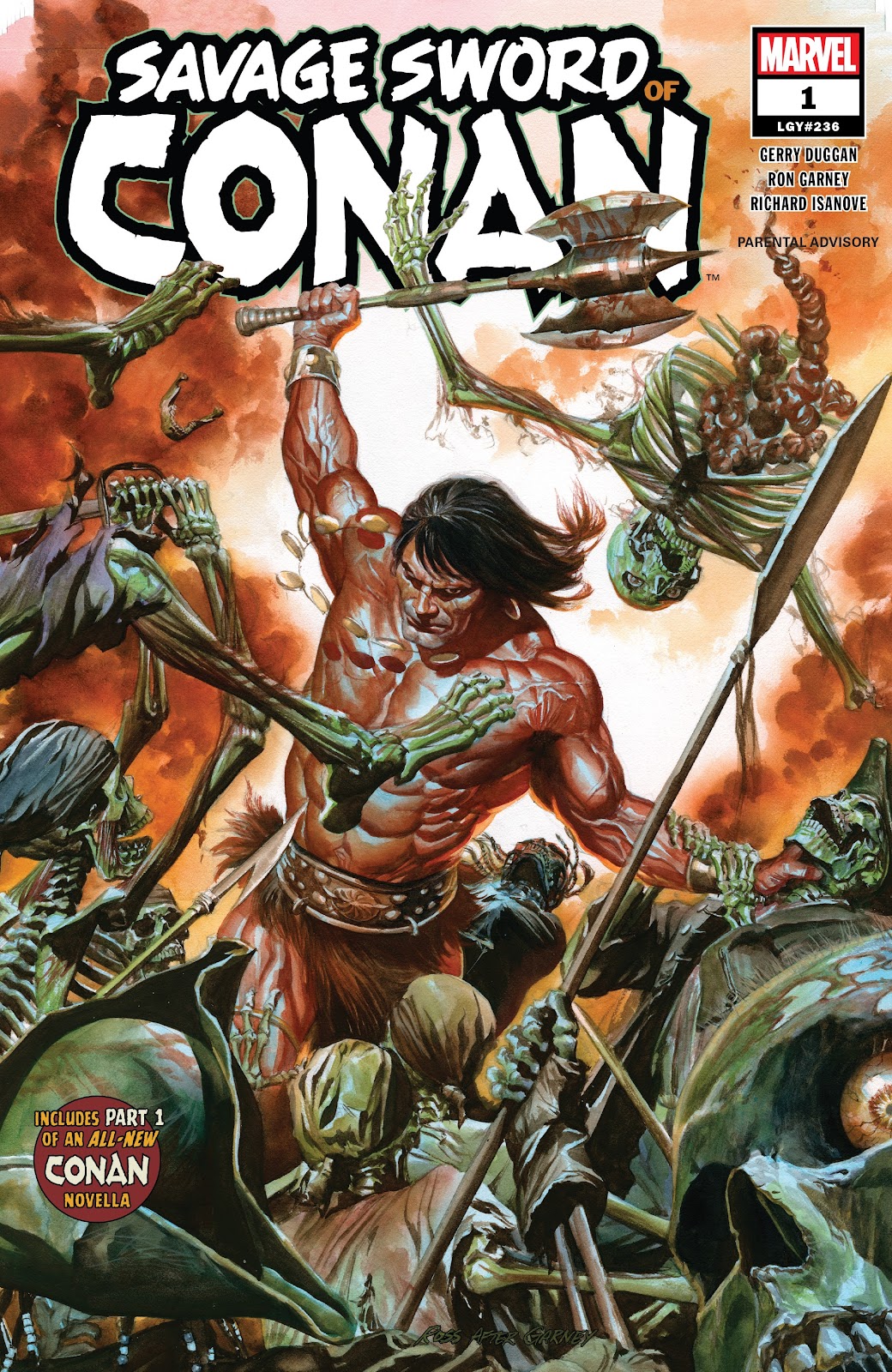 2019 was a huge year for Conan. From his introduction into the Marvel Universe to fighting alongside Marvel heroes. This book represents all the Conan comics of 2019. We choose this book for the list because for us this is the best Conan comic right now. The first five issues by Duggan was just grand. This book saw lots of shifts from writers but even that can’t detract from this amazing story. Currently in the hands of the amazing Roy Thomas

Anyone who is a fan of Marvel comics knows too well that Donny Cates and Chip Zdarsky are THE best writers Marvel has to offer in 2019. This book is about Marvel’s very first team. Captain America, Namor, Human Torch and Winter Soldier. But now Namor declared war against the surface world. Every issue is a breathtaking ride and rightfully deserves a spot on any top 10 list.

Clearly one of the underrated Marvel comics in 2019. Started with Steven Strange finding the cure of magic in space adventure then squaring off with Dormammu with newfound allies. This series is just pure fun to read. Then Waid is joined by Barry Kitson(W) and Scott Koblish(A) to tell the story of Herald Supreme. The story at times feels a little too rushed but it’s still definitely worth the read.

This book was our #1 pick for Best Marvel Comic of 2018. The only reason it is not our #1 this year because 1-4 are just too good. It started as a horror book, then Hulk was in hell, fought Shadowbase and now cosmic. This book is just perfect. The art of Joe Bennett is justly fitting for this book. 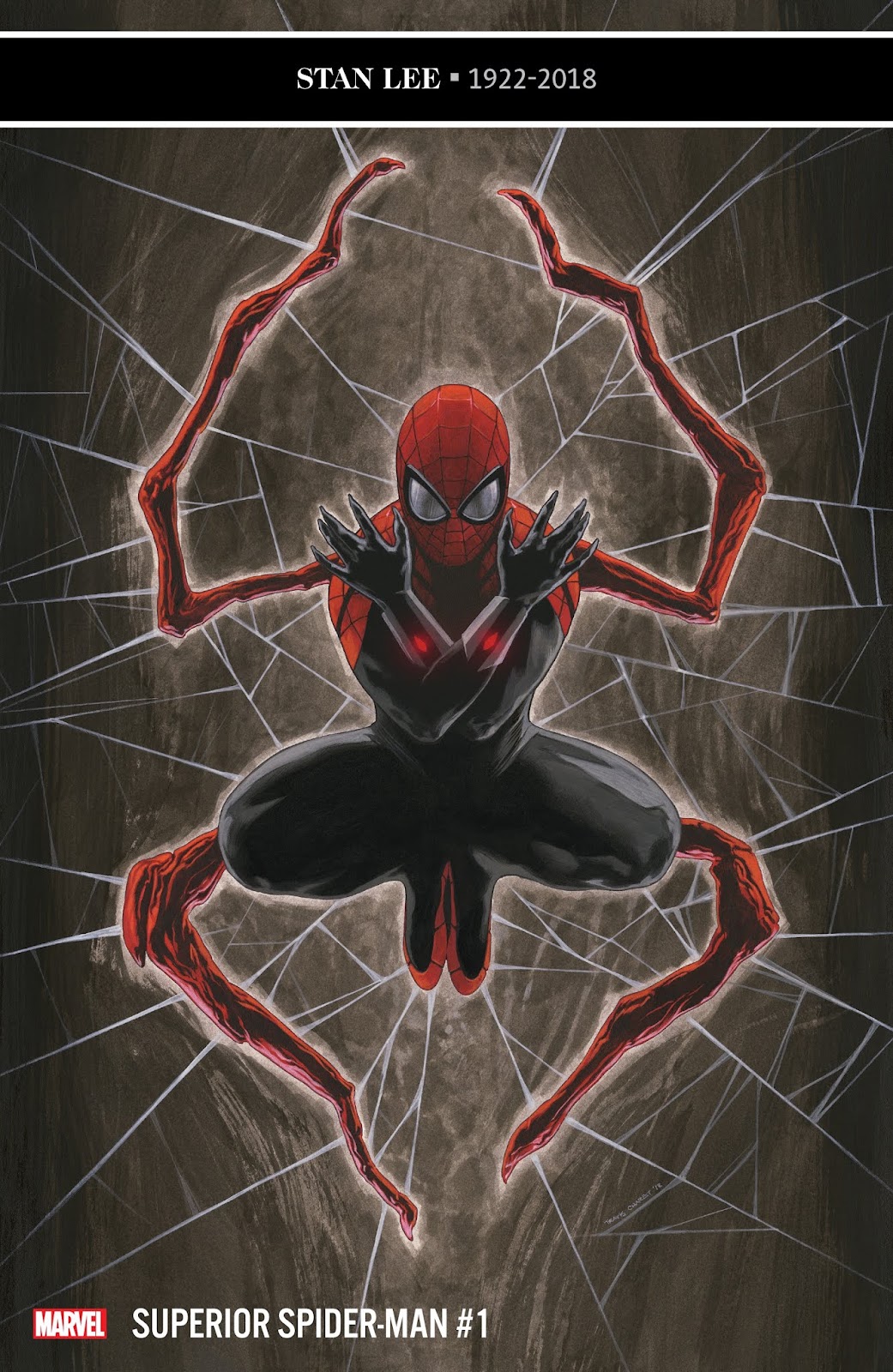 When this book started I wasn’t sure where it was going or if it was even necessary. Back in 2012, Slott had already told a perfect ending, but as the story untold, man was I wrong. This book deals with Otto being a hero and a second chance at life. The whole characterization and deconstruction of a character and the relation with a new side of the character is pure joy. These 2 comics right here literally revolutionized the X-Men. Charles Xavier is done with his dream of mutant equality. He is shown why he will always fail. Now its time to take action into his own hands. We can’t emphasize how amazing these books are. Every issue is unpredictable. Readers will never know what’s going to hit them in the next issue. The spin off of these books is Dawn of X which is equally amazing. A little slow but still worth reading.

I personally am not a Venom fan. But what Donny Cates did with Venom is spectacular. He created a whole mythos around the symbiote species. This comic is a well-crafted tale of both symbiote and Eddie Brock. While talking about Absolute Carnage, this event is undoubtedly the BEST Marvel event of 2019.

We have Hulk going cosmic, Venom got a Symbiote God and X-Men have been revolutionized while Daredevil is suffering from mental issues. This is the deconstruction of the character done perfectly. Art varies from issue to issue but it least affects the story which is inexpressibly beautiful. So if you want to read only one comic this year, then this is the comic.

If your favorite comics of 2019 aren’t on the list then comment it down below and tell us why you loved it!!