Geoff Johns’ new Shazam story is very divisive among the comic book readers. In other words, some readers love this book but others dislike it for various reasons. Leaving that aside, there is one thing we can all agree on; the reveal in Shazam! #10 is amazing. Superboy-Prime has returned to the DC Universe. 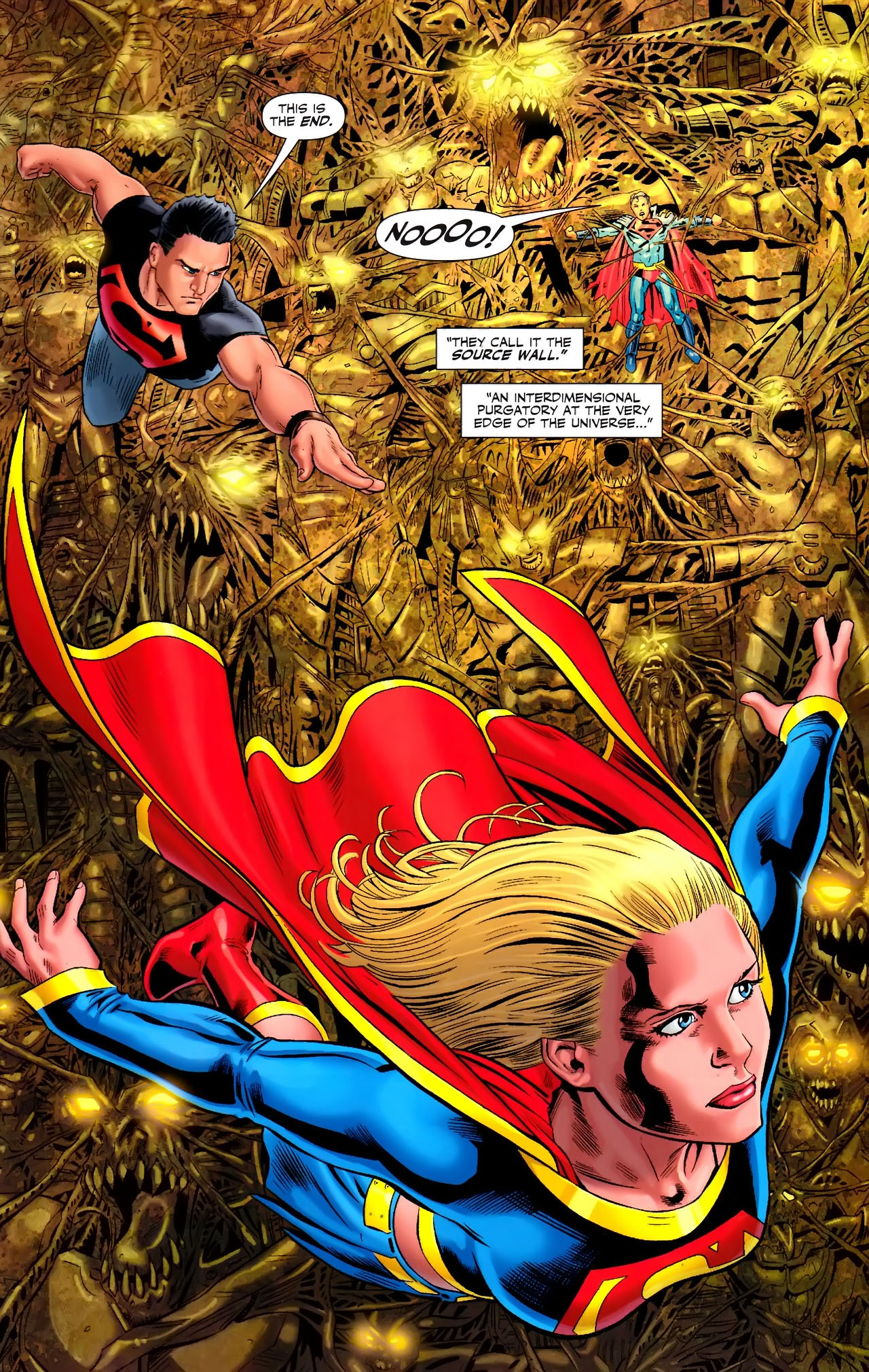 Superboy-Prime was last seen in Teen Titans (2003) #100. Superboy-Prime attacked the Teen Titans. After being defeated by the heroes, Superboy and Supergirl imprisoned him in the Source Wall.

In Doomsday Clock #9, when the heroes go to Mars to battle Doctor Manhattan, Guy Gardner creates a construct of Superboy-Prime alongside constructs of classic Anti-Monitor and Darkseid. Perhaps done as a form of fan service. Or perhaps, Geoff Johns was teasing us his return.

Now that Superboy-Prime is back, what does that mean? What will happen to Shazam! and his family? But before that, who exactly is Superboy Prime?

Superboy-Prime was from Earth-Prime. In other words, the “real” world. Yes, that’s right. Superboy-Prime lived in “our” world. He was a Kryptonian sent to Earth. However, he did not have powers. He lived a normal life as Clark Kent – named after a comic book character since he resembled him. One day, thanks to Halley’s Comet, his powers activated.

During the Crisis on Infinite Earths, the Anti-Monitor destroyed Earth-Prime alongside other universes. Being the sole survivor, he fought alongside DC heroes and defeated Anti-Monitor. Before the last waves of Anti-Matter wave wiped them out, Alexander Luthor, Jr. created this “Paradise Dimension” to keep himself, Superboy-Prime, Superman and Lois Lane of Earth-2 safe.

In the Paradise Dimension, Superboy-Prime grew frustrated, angry and homesick. To console himself, he looked at his 9th birthday party over and over again. However, the images would always change after a short while and show the destruction of his home universe. Alexander Luthor, Jr. used that to manipulate Superboy-Prime. To make him angrier, he showed him images of the current DC Universe.

Seeing this “terrible” new world and the “incompetence” of these heroes, Superboy-Prime decided to help Alexander Luthor, Jr. in his plan to create a “perfect Earth”. Of course, that plan failed and Superboy-Prime became a villain

Over the years, Superboy-Prime battled many heroes and got defeated. Over and over again. The fate of a villain, sadly. To put him down forever, Superboy and Supergirl imprisoned him in the Source Wall in Teen Titans (2003) #100. And that was supposed to be the end of Superboy-Prime.

In Shazam! #10, Mister Mind was telling Dr Sivana a tale about the other lands, Adam’s betrayal and the Wizard’s action regarding his betrayal. Inside this prison, Dr Sivana noticed a door with an “S” written on it. To answer the curious question of Dr Sivana, Mister Mind says it is someone who has nothing to do with magic and won’t be able to help them in their plan.

As they were talking, someone overhears them. Inside the cell, Superboy-Prime says that he will kill Billy Batson AKA Shazam! (AKA Captain Marvel) by saying “I am going to rip that smug smile right off his face.” This marks his official return to the DC Universe.

Superboy-Prime is back. Looking at the current DC continuity, it does not make sense. But it seems, he is back. As for the how and the why of it… We shall wait and see. I hope the creative team gives us a satisfactory reason why he has returned.

Read Shazam! #10 to find out more. You can purchase it from your local comic book shop or Comixology