It’s 2019 and we still don’t know if Hancock 2 Will ever happen? Some media reports say Will Smith already is executive producer and screenwriters are finalized. But we know nothing for sure.

I am a huge fan of Hancock

as it is one of the few films that shows real life difficulties for a person that has godlike powers.

A vigilante superhero, John Hancock (Will Smith) is from Los Angeles. His reckless actions often cost the city millions of dollars. Not a single person is happy having such a disruptive superhero. But one day, Ray Embrey (Jason Bateman), whose life was saved by Hancock, makes it his mission to change Hancock’s public image for the better.

Why is Hancock Super?

A great question many may ask, why there is a superhuman among humans? In this movie, Hancock believed that he is only one of his kind but later in the movie, it is that Mary Embery (Charlize Theron) is not only like Hancock but his wife. She explains that humankind called them gods, angels and now superheroes.

If Hancock 2 Returns: What can we Expect? Hancock had amnesia that made him forget who he was. But Mary remembers everything. We can expect a brief history of their kind and their personal past in the sequel. I’d also love to see how other pairs of superhumans died off. It would be great to see their previous lives as a couple.

Clearly announced, these superhumans have been living among us for more than 5000 years. It will be fascinating to see how they were part of the history as we know it today. It will also be exciting if we get to see how these superhumans came to become the gods that we know. It’s quite clear that they were gods when she said, “Gods. Angels. Different cultures call us by different names. Now all of a sudden it’s ‘superhero’.” 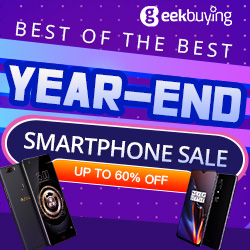 So it’s lucid that there must be a great power behind these superhumans. Maybe we get to see the real “God”.  There is one thing I know for certain that with God there must come, the Devil. A final showdown between these godlike figures can blow all of minds. If they do it right! 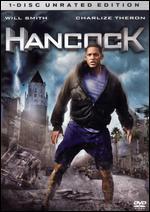 In every superhero movie, there are secret government agencies who fear these superhumans’ and might take actions to subdue these superheroes, if needed. In the first movie, it is clear that no prison can hold Hancock. So it will be compelling to see some secret prison that handles these super-powered heroes.

Here’s to wishing for a Hancock Return!