In early 2017 marvel announced the big summer event Secret Empire. The writer for this event was Nick Spencer and some great artists like Andrea Sorrentino, Rod Reis, Daniel Acuna and Steve McNiven. This event lays a foundation from Captain America: Steve Rogers #2 where we found out the secret origin of Steve Rogers. This huge event starts from April of 2017 and lasts over 5 months. For numbers, 77 issues are part of this event including Secret Empire #0-10, tie-ins and one shots, epilogue and aftermath.

Secret Empire started with proclaimed storyline and eventually ended with backlash, negative reactions and reviews from community.  Here we look down what it lacked, why it was hated and how Marvel should have resolved it.

For new reader who want to hope in this massive event can check this reading order:

Short and Simple, HYDRA takes over the whole America and the American Hero Steve Rogers is the sleeper agent of HYDRA, due to Red Skull clone using Kobik, a cosmic cube sentient who takes the form of a scared little girl, to alter the history of Steve Rogers. Got all that? Then heroes take sides and fight for the control over the cosmic cube and saving the world.

First, we talk about what are pros for this massive event.

The thing I like about Secret Empire is that the major parts of the whole story spread all across the Secret Empire limited series and all the tie-ins. The story not only limited to the self-titled series but also to the tie-ins. Not all the tie-ins are important like Occupy Avengers, Captain Marvel tie-ins don’t add much to the story rather only shows the problems they are facing when Hydra takes over. While the tie-ins like the Champions, Deadpool, US Avengers play a key role in the story.

The message behind Secret Empire was really good and a lot of people liked it very much. An American Symbol is turned out to be the face of the major Nazi group that threatens all of America. Kind of exciting. This part was very good and intriguing. But the whole event lacked the execution which completely hampers the entire motive.

In this huge event one can easily find variety of story. It has action, adventure, quest, politics, self-struggle and many more. We see politics with the HYRDA operations and its execution. It has stories that involves finding of cosmic cube fragments. We can see politics in Hydra operation lead by Steve Rogers. The best story of this event can be said to be, Sam Wilson quitting as Captain America. He doesn’t want to be involved in any of the feuds, as he only wants to save all the mutants and Inhumans who are endangered by HYDRA. Then taking the role of Captain America again for the sake of his country. It was the one of the best moments in this whole event. Let’s make it short. We only talk about the self-titled series artwork. Steve McNiven’s art is really magnificent. Andrea Sorrentino’s art was pretty in its own ways. Some of the one page spreads in particular are so beautiful. Kobik’s memories art was different and unique. Sometimes it was off but it was never consistent.

This can be said as the reason lots of fans backlashed because it changed the Steve Rogers (literally). The story involved Red Skull influences on the cosmic cube Kobik; in order to rewrite the origin of Steve Rogers but the fragments of the original Steve Rogers was left in memories of Kobik. Now in this altered origin, Steve is influenced by Hydra at a young age. Elisa Sinclair aka Madame Hydra raises the child, known as Steve Rogers.

Lots and Lots of tie-ins

As I said earlier, this event is really great because of the involvement of the stories tie-ins. Take my word it’s a good thing. But there are lots of unnecessary tie-ins and some great tie-ins which is a major part of the problem. For an average comic reader, it is so hard to buy all the tie-ins. Let’s calculate, a single issue is minimum of $2.99. This whole event has over 30 tie-ins that will be $89.70 and its freaking huge numbers. Marvel is a business, which is about making money. My appeal to them is to decrease the price in some way, that would make buying all these comics more efficient for readers.

As stated above this summer event is huge and have over 75 issues. We all know Marvel knows how to make money, but increasing this event to literally every single marvel book was a bad idea. A true comic fan knows how it is costly and hard to keep up with a comic storyline. This also can be seen in this case.

Where are superhero fights?

Don’t get me wrong when I say I read comics for fights. It’s a damn superhero comic, maybe fights are not the only thing but at least give me some memorable fight scenes. There are some revolts or small talk that keeps stories interesting but they can lack main superhero/villain showdowns. In Secret Empire #10, the final battle was next to nothing. There was some fighting but superheroes struggle against Supreme Commander Steve Rogers as he creates another reality where Hydra was a huge part of history. Then Bucky Barnes and Ant-Man, with help of Kobik brings back the real Steve Rogers out of her memories in the classic suit who easily defeated the Supreme Commander. 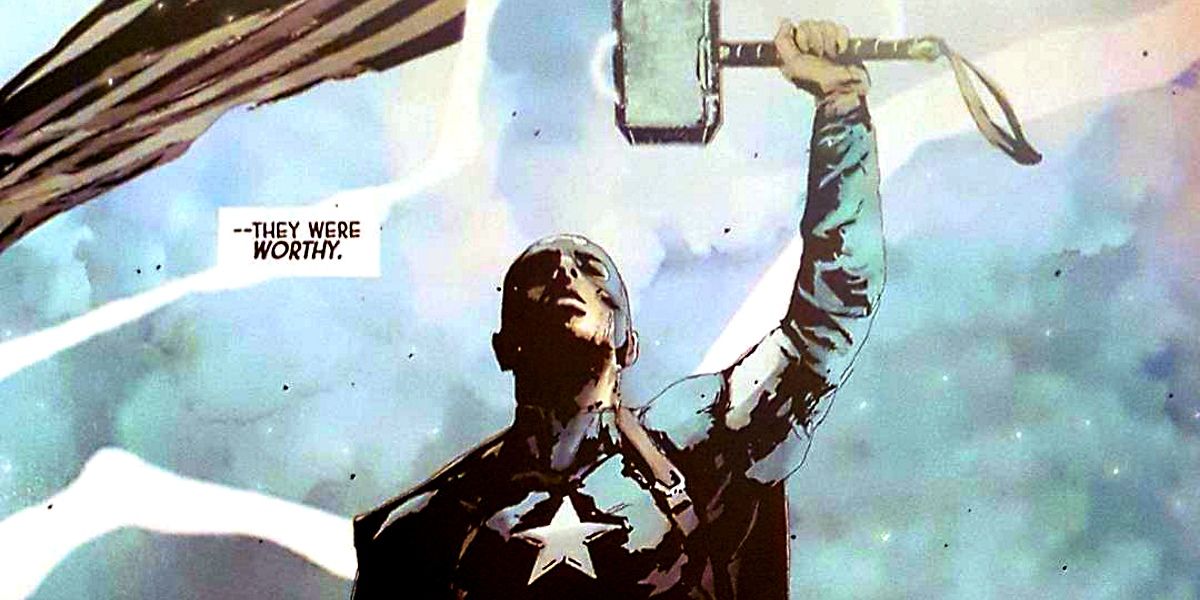 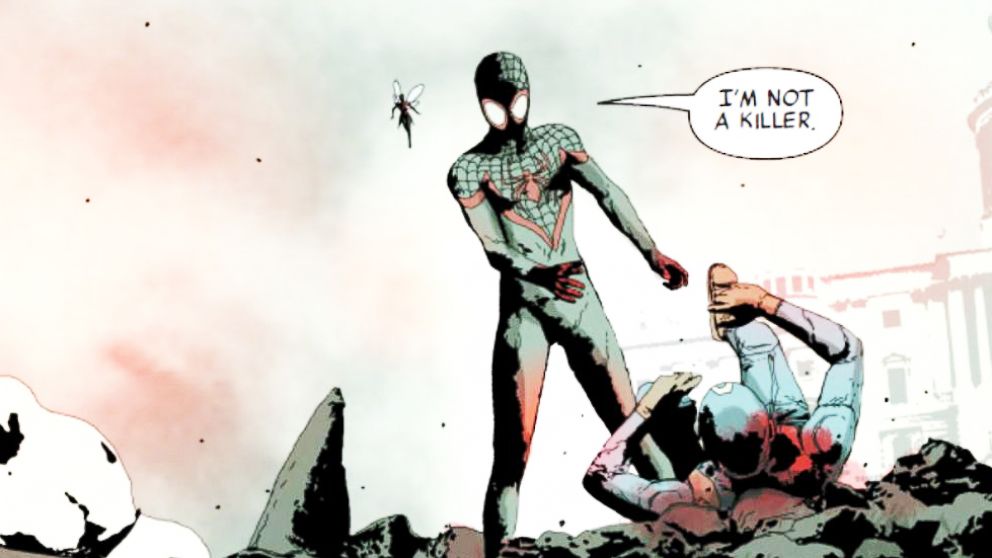 When the event was in process Marvel ruins a lot of thing just to keep the shocking factor for the series. It ruins this whole event because they want to keep this type of shocking factor in every series but this lead to negative criticism and hatred from fans. Like captain America picking up Thor’s Hammer to prove he is worthy later to be found out Madame Hydra uses cosmic cube fragment to change the enchantment in Mjolnir.

When this event kick started lots of fans told their theory of how it will end and how Kobik will rewrite everything back to the way it was. While Nick Spencer and Marvel keeps on insisting that Kobik will never be used to get back to normal. Their statement failed miserably. Secret Empire #10 clearly shows how Hydra Steve Rogers usees Kobik to create his own reality and how after defeating the Supreme Commander, Kobik used her power to restore everything back as it was.

Things that makes no sense in Secret Empire

There are lots of things that did not make any sense in this event. Miles Morales wants to kill Captain America just because he saw the future. They bring back Hulk just to kill him again. At that time, it felt like we would get to see some emotional fight between Hawkeye and Hulk as he killed Hulk in the events of Civil War II. But we didn’t and the resurrection of Hulk was a waste of potential. Inhumans who can burp the Comic cube fragment. Hydra and heroes, on a hunt for cosmic cube fragments which are only used in last issue. The whole Vegas in another dimension part was not even interesting.

Marvels 2017, huge summer event, Secret Empire has lots of drawbacks and imperfections. Few may say this event was average if not good. The message behind the event was pretty strong yet the execution was poor. Even when the artwork ceases to amaze, it lack the explanation and plot that binds the reader. There are lot of stories  that are inconsistent to its plot and the necessary pace was absent. Still there are lot of ways how Marvel can easily make this event successful and cash in even more money. Hail Hydra!