SHJ: Mr. Jacobus, for those who may not be too, familiar with who you are and what do you do? Please tell our audience how you got started in being a stuntman? Tell us how you got discovered to do stunts for Kratos!

Eric Jacobus: “I started out like so many passionate artists do, by making art in my back yard for the sake of making art. The difficulty with stunts is you need to be physically capable of performing the movements, so there are risks to making indie action movies. We never wore pads because we didn’t know you were supposed to, or we’d use the wrong wood when making a breakable table and get all beaten up from it. I did this for about 10 years just trying to get noticed by the stunt world in Hollywood or Hong Kong or anywhere really, all while holding down day jobs. I didn’t just learn how to be a stuntman, but also how to be a cameraman, editor, director, choreographer, writer, distributor, promoter, everything. You have to wear lots of hats when you’re starting out.

and A Good Day to Die Hard, but usually on these jobs I’d bring my filmmaking experience and shoot and edit previz, which is like a blueprint for the action. So, I did this for a few years, but I wanted to be more active in front of the camera; I went into my garage and, just for fun, started copying Tekken

moves and playing them side by side with the original game. I must’ve done 30 of these before Sony Santa Monica, the makers of God of War called me up and said, “We saw your Tekken videos. You know how to move like a video game character.” And that’s how they found me.”

I did this for about 10 years just trying to get noticed by the stunt world in Hollywood or Hong Kong or anywhere really, all while holding down day jobs.

SHJ: When you were performing a fighting scene for Kratos how much improvisation went into your movements?

Eric Jacobus: “When we’re shooting in-game movements, there are very strict parameters for the distance of the attack along any axis, which is called “translation”, the rotation, timing of the build-up, or “anticipation”, the hit box area, angle of attack, recovery time, and what pose to hit before and after the attack. All this happens within about 1 second. While there’s often little room for improvisation in those particular segments of the move, the directors and animators are always looking for the human element in these tiny moments. Head movements during the attack can sell the ferocity of a character, or a cool shoulder shrug when returning to idle can say, “Yeah, take that.”

Shooting cinematic fight scenes is totally different. This is when performers are able to improvise more freely. There are still requirements for staying within certain geographical boundaries so we don’t clip through 3D objects that we can’t even see on the mocap stage, but timing is generally loose and we’re more free to add character beats during the action.”

Eric Jacobus: “The directors guided me through 95% of it. This was my first rodeo doing a major character for a video game. There were so many things I hadn’t thought about, like the importance of maintaining key character traits like never moving backwards during every movement. Occasionally they would lean on me for movement ideas. For example, during combinations I would suggest interesting ways to chain one move into another. It’s also key to know where the camera is in the game, so as a performer you can play to it whenever possible.” 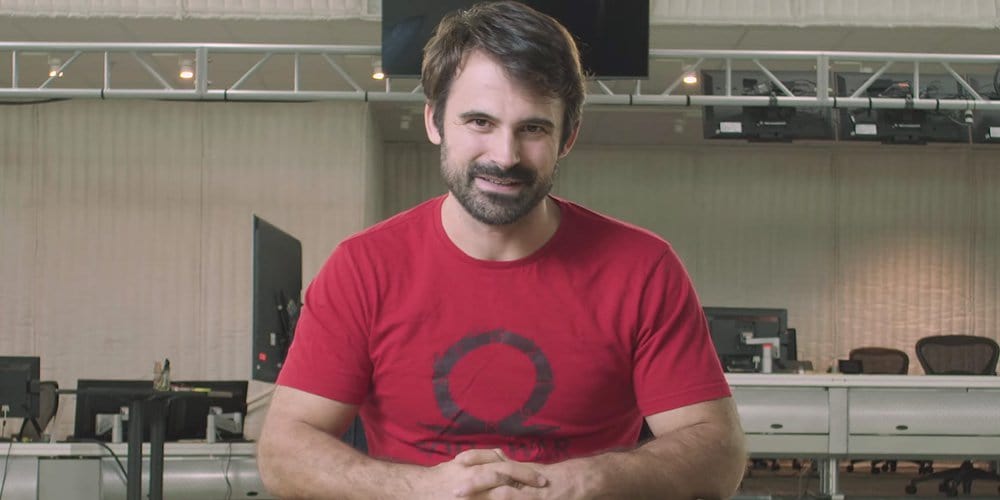 SHJ: From a stuntman’s perspective what do you visualize when you’re doing motion capture?

Eric Jacobus: “In a movie, a stuntman is thinking, “As long as I don’t punch Brad Pitt, and as long as I look like his punch hurts me, I’m doing my job.” Your scene is over in 30 seconds, and the average viewer might see that scene play out 2 or 3 times, and they might not even watch you. When doing the in-game movement, for every move, you’re thinking,

‘The designers have scoped this move for months and know exactly how it needs to fit into the game. The animators will have to fix any mistakes I make. And people will see this move thousands of times.’

It’s critical to take all these into consideration and still maintain composure, otherwise your body stiffens up and the move looks dead. It’s totally different from a typical stunt job.”

SHJ: When preparing for a fight scene where do you draw inspiration from?

Eric Jacobus: “For a given game, the directors and animators will compile a list of reference videos in some kind of reference doc. I joke that every reference doc includes a big move from a Marvel fight scene, a pose from a 2D fighter, and something from Naruto. It’s critical to tease this reference out, because animators see things very differently than performers. They’re looking at body positioning and character. Stunt performers are looking at how the hell they’re going to do a move from Naruto. It’s actually much simpler than that, and it requires digging into the head of the animator to know how they see action. Then you can enter the shoot fully prepared.”

SHJ: What would you say was one of the most challenging stunts you’ve ever done?

I dove face-first through a glass table in Pizza Time. Avoiding skewering my eyes on the glass on the way down was an accomplishment.

SHJ: Being a stuntman is a very unique career—what made you decide to travel down that path? 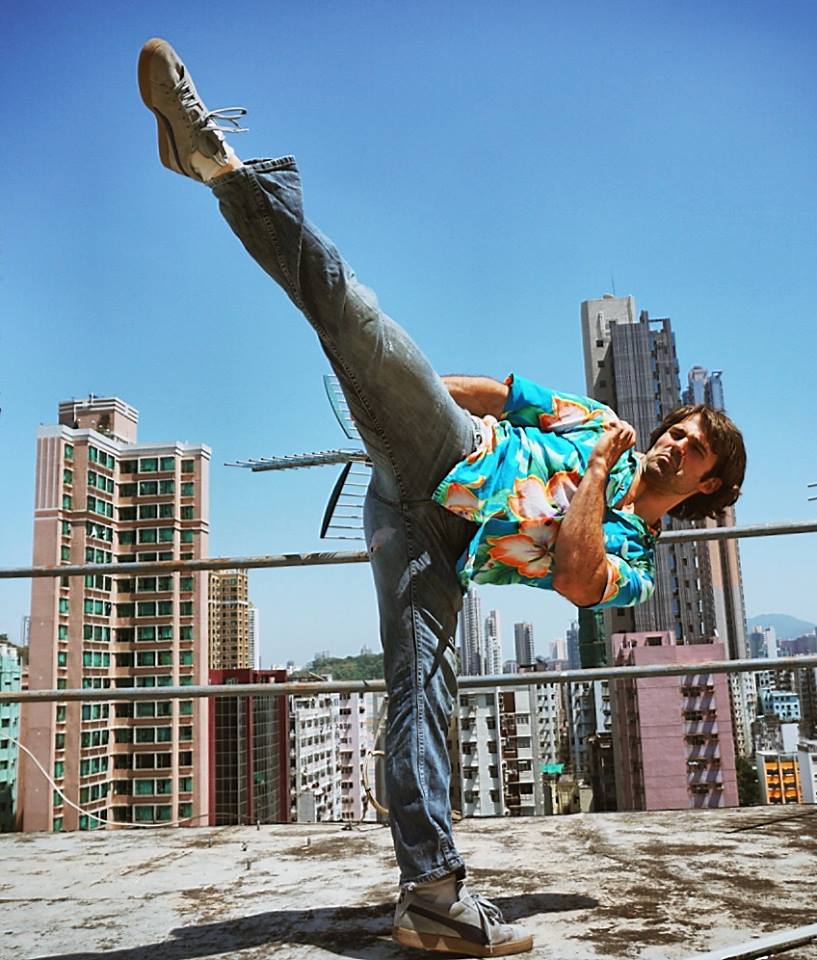 Eric Jacobus: “There was always something compelling about performers who could tell stores with their bodies like Chaplin, Keaton, and Jackie Chan. It’s a universal language. We’re more globalized than ever now, so it’s a unique skill to be able to transcend language with a body. Games have perfected this, because games show you the character’s body.

A stunt performer does the character’s action, an actor does the voice, and a model will provide the scan of the face. So there’s no fear of zooming out and watching a character move around and tell a story with their body.

Movies are generally reluctant to do this out of fear that the performer won’t be able to accomplish certain feats, so they push the camera in close and rely on facial gestures, which are universal in their own way, but this is why we don’t have any action comedy anymore. The process for creating and capturing it are all but lost.”

SHJ: For those, wanting to get into the career path of being a stuntman do you have any advice on how one can start?

Eric Jacobus: “If you want to do stunts, go to a gym where stunt performers train, get to know them, get on a job wrangling pads, perfect a dangerous skill, prove that you’re able to do whatever stunt the coordinator needs, be diligent and on-time, and you can be a stuntman. But there’s a temptation for budding stunt performers to look at major stars and say,

I want to do that, and I’ll start as a stuntman and work my way up like Jackie Chan did.

The problem is that every stunt performer on earth is lining up to do the same thing, and they’ll knock you over to take that position. There can be only one Donnie Yen, one Jackie Chan, and one Arnold Schwarzenegger. Everyone jockeying to be “the next” will be seen as a carbon copy. It’s the same with artistic endeavors. You don’t copy Picasso’s art. Everyone’s already thought of that. You don’t copy the product; you copy the process. Jackie Chan’s process was mixing physical comedy with martial arts.

Arnold’s process was mixing Superman with one-liners. My specialty was tech, and I could hit the concrete. I could bridge the gap between tech and action, so now I have an action design company for games and films called SuperAlloy Interactive. Take your specialty and your passion and alloy them together to innovate something the world’s never seen.”

SHJ: Where is the best place to learn more about your work and to get in contact with you?

and my twitter is @ericjacobus. Those are good places to start.

SHJ: Mr. Jacobus, it’s been a great honor and pleasure to have an exclusive interview with you. We most certainly appreciate you taking the time to speak with us. On behalf of SuperheroJunky.com we support your work and all that you do, sir.  Thank you.