Doctor Tomorrow #1 – “I Need Your Help To Save the Universe.”

Doctor Tomorrow needs to save the universe from the villain Hadrian, but he needs the help of… a TEENAGER?!

The Valiant Universe is ever-expanding with new lore and characters. A few months ago, they announced a new addition to their ever-growing universe; Doctor Tomorrow. Old school Valiant Comics fans will recognize the name. And you bet, I was excited for it.

However, these characters are not like their ‘90s versions. Despite being different from their ’90s counterparts, I think Valiant did their best to stay true to the core of the character. For example, in the old Valiant Comics, he was a superhero sent back to World War II to fight against the Nazis. The new one comes from the future too. But the reasons for him coming back to the past are different.

Doctor Tomorrow #1 has a pretty good start which gives an understanding of who these characters are and what the threats are and what we should expect from this story. It doesn’t delve too much into the details about the villain or the hero. Their stories are yet to be unraveled.

However, it does give us more information about the main character – Bart Simms – the hero who is going to save the universe. Bart Simms is a teen with a lot of problems of his own. Like most teenagers, he is trying to find out who he is and what he wants to be.

Overall, the story is pretty well written. It does a good job of connecting the present and future and wants you to read more of it. However, I think more could have been done on this issue. It’s a six-issue miniseries, and I am not sure if we will be able to get all the answers we need when the series ends.

But leaving aside the fun story, let’s talk about the beautiful art and colours. Jim Towe and Diego Rodriguez did a fantastic job on the visuals of the comic. My biggest gripe with the art is that the expressions seem a little off at times. Other than that, it’s amazing! 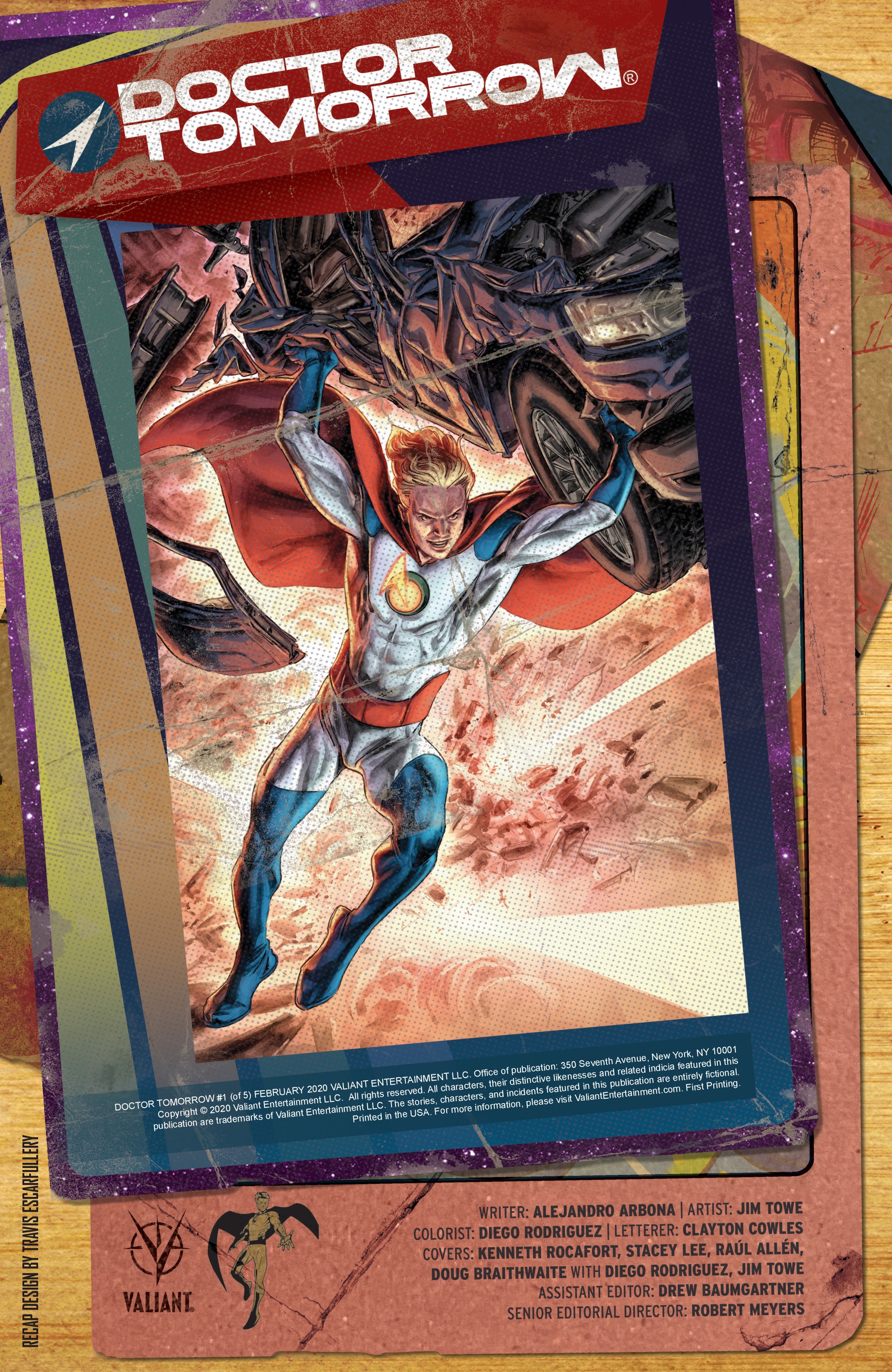 It’s also the perfect entry point to the Valiant Universe. This book is very new reader-friendly.