2018 is an esteemed year for comics many fans. Here we look over some of the best limited-series of 2018.

Note: This list will not include series like Heroes in Crisis or Doomsday Clock which will end in 2019. We solely focusing on series which ended in 2018. An escape artist who tried to commit suicide to perform the best escape act of all time, Escaping the Death itself. He was successful but his life is still in chaos. You might say Scott Free has everything…so why isn’t it enough? Mister Miracle has mastered every illusion, achieved every stunt, pulled off every trick even cheated Death. But the war between New Genisis and Apokolips is still ongoing. With the birth of his first child, Scott Free want to end this war as quickly as possible. The war can end if and only if Mister Miracle and Big Barda hand over their child to Darkseid. Hands down the best book of all time.

Caroline Sharp has been a lot of things, including both a superhero and a super-spy. But now, with those days behind her and her powers proving unreliable, Caroline finds herself stuck in a life weighed down by her depression and an inability to change. You see, Caroline is going to live forever, and there is no escape to be had. The very act of living reminds her that, to the rest of existence, she is an anomaly. While addressing health issues like depression, anxiety this is one of my favorite read. With Vibrant and most colorful artwork this book tends to be a masterpiece.

Joker is sane now. Yes!!! Sane. Now he took the name of Jack Napier and tries to rebuild and unite the Gotham. But Batman doesn’t believe him. Can they put aside their difference to stop the neo-joker who tries to menace the city and want the Joker back? The artwork and storytelling by Sean Murphy are one of the finest.  An Elseworlds story that is so unique and interesting concept that make anyone fall in love this book. 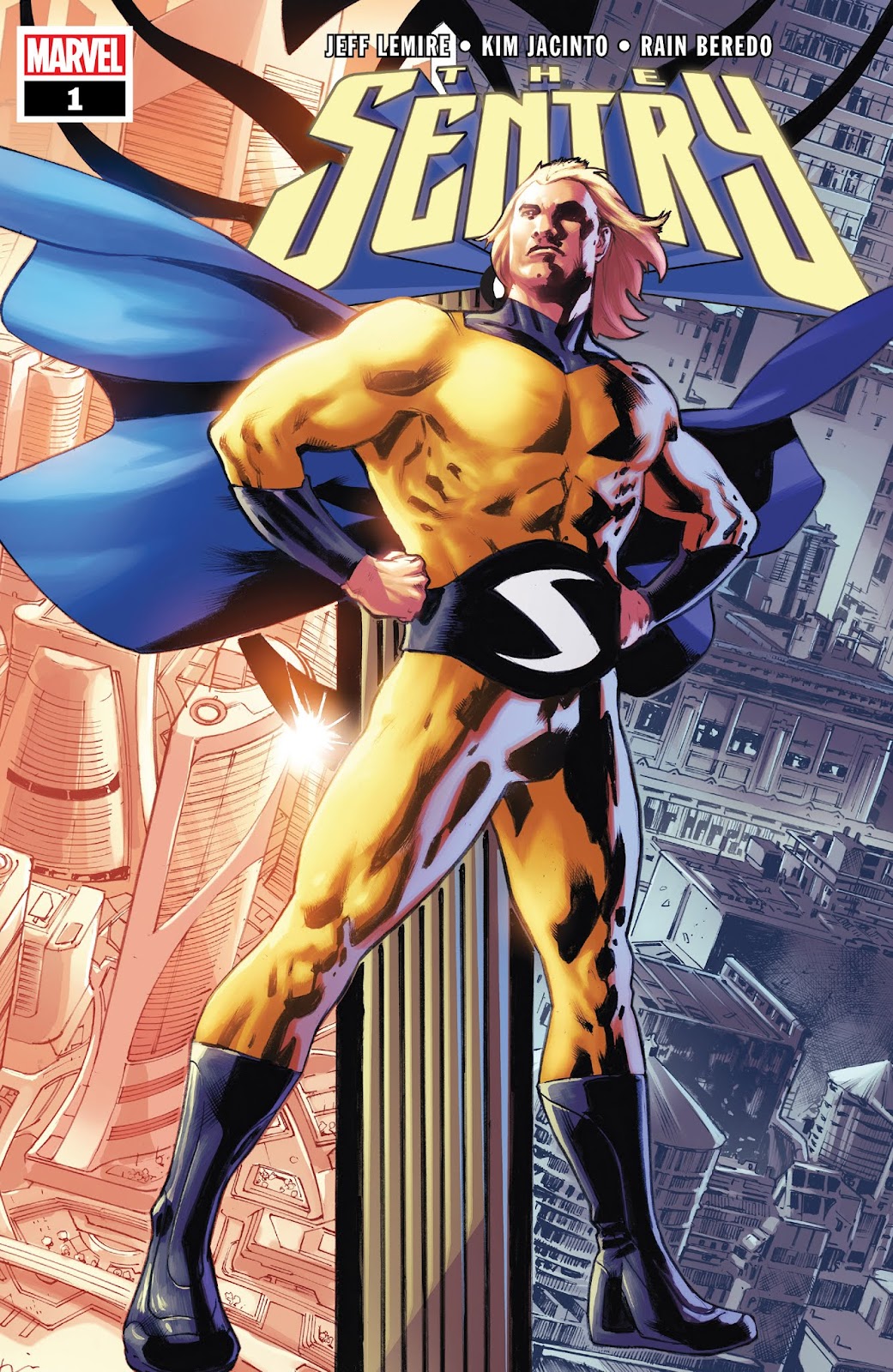 The Sentry – shining sentinel with the power of a thousand exploding suns – is back from the dead, but his troubled mind is far from finding peace. By day, he trudges through a mundane life as Bob Reynolds; at night, the Sentry soars across a gleaming, perfect skyline. He manages to live a dual life with the help of Tony Stark’s tech and Doctor Strange’s magic. He has live this dual life in order to keep The Void at Bay. But Billy aka Scout, Sentry former sidekick doesn’t like this. He wants to live the life as Scout too. This astonishing series will show the torment of being a superhero. In Chicago, an unknown woman appears flying at speeds of 120 miles per hour and at heights reaching 2,000 feet. Then she suddenly dies in fiery explosion mid-air. No one knows who she was, how she flew, or why. Luna, a disturbed 15-year-old girl becomes obsessed with learning everything about her while rumors and conspiracy theories roil. This will lead her to some dangerous people who nobody wants to mess up with. With unique theme and ideology, this makes this perfect pick of 2018.

This massive event that that literally change the whole DC Universe. With lots of crossover and one-shots, this event became the craziest event of all time. Batman nightmare is emerging from Dark Multiverse with courtesy of Bat-god  Barbatos. Earth heroes will try everything they have in order to stop this nightmare including traveling to different part of cosmos and retrieved the Nth metal to stop Barbatos one and for all.

Mad writer Donny Cates is back with his newly introduced character to Marvel Universe, Cosmic Ghost Rider. Frank Castle from future is now the spirit of vengeance. He is from the future where Thanos killed everybody. So Castle decides to go back in past when Thanos is a baby, abducts him an tries to raise him in his way. Everything is going wonderfully but future Thanos from this timeline is much worse than our Thanos because he has the wrong ideology of justice(Don’t understood then just read the comic). An astounding series that will precisely touch your heart.