The Year of 2018 was magnificent for comic readers. This year DC managed to provide lots of limited series and a lot of great books that were acclaimed by readers. Here we look down a list of some of DC’s finest creations in 2018.

Selina Kyle left the altar and comes to a town where she takes her time to recover. But not so fast. She had the attention of some powerful people. Now she tries to stop some copycats and throw off the police too. Awesome artwork and storytelling from Jones. Every issue is fantastic and the art is superb. B-Covers from Artgerm are a masterpiece. 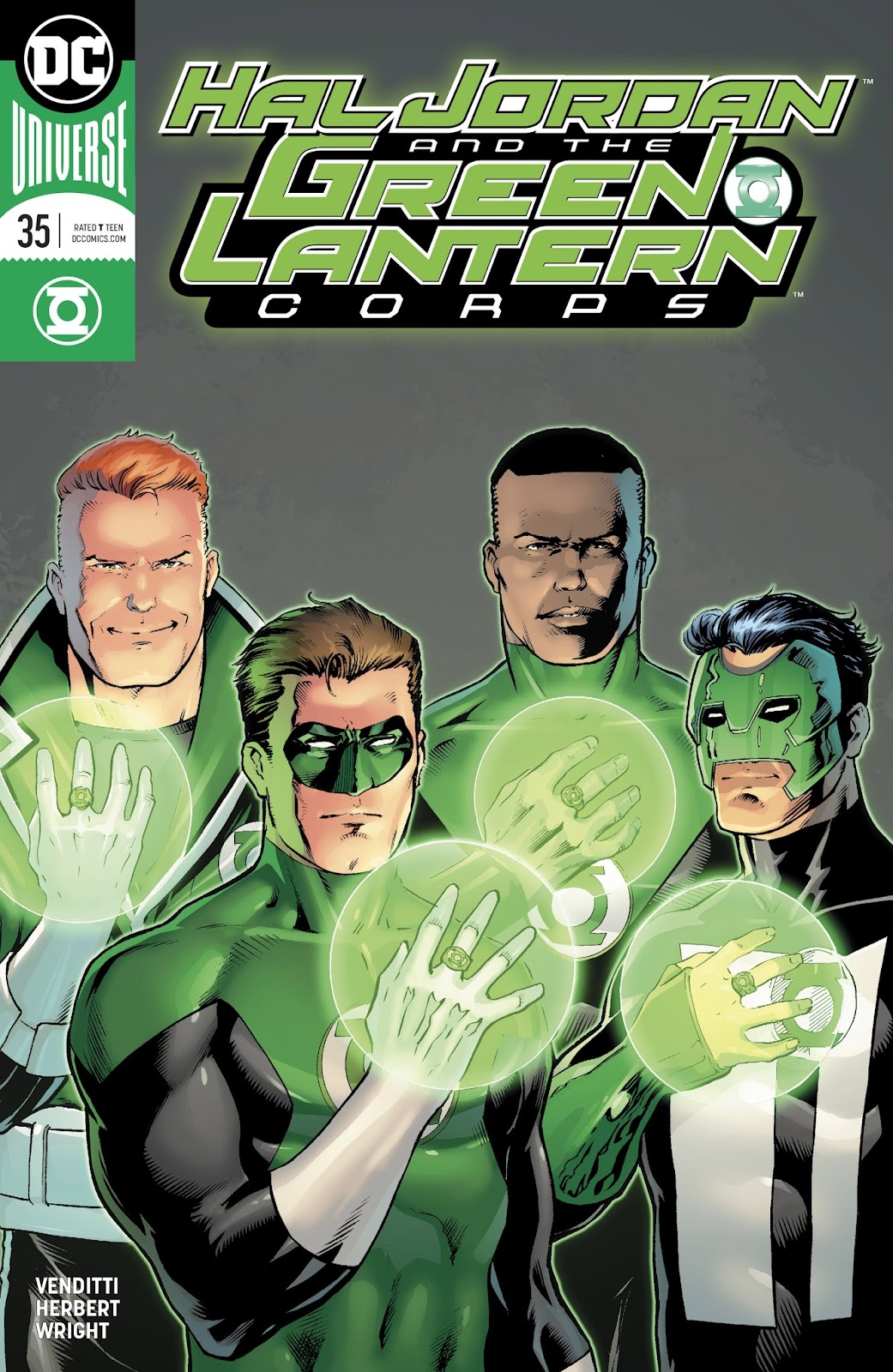 A team of misfits, the third smartest person, a stretchy mob, a tangible girl and a big morphing guy, a complete Fantastic Four rip-off seems like it wouldn’t be the best book. This is foremost, however. An accident that made these guys stick with each other. The consequence of separation? They will all go Boom! A new villain is here to destroy them Dr. Dreed. The amazing art by Reis is one of the main plus points.

This one-shot released in August to showcase the upcoming four books for DC Vertigo imprints. Namely, Lucifer, The Dreaming, Books of Magic and House of Whispers. However, this turns out to be their matchless creation. Showing four different stories with unique unbeatable artwork make it the best read of 2018. Never read a book from DC Vertigo? Want to start off right? Then this is the pick. A world created by Neil Gaiman is now back again to amaze us.

A limited series shows the face of Joker that no one has ever seen. Joker is now sane. Yes, SANE. Now he and Batman both have the same motives, saving Gotham, but don’t know how to work with each other. Meanwhile, a new Harley takes place the role of Neo-Joker as Gotham’s menace. Both Batman and Jack Napier (Joker’s new personality) put their difference aside once and for all. An astounding tale that will have you wanting to read more. Worry not, its sequel will come in 2019! Brian Michael Bendis is now with DC, taking on none other than Superman. A killer, Rogol Zarr, came out from the shadows claiming he is behind the destruction of Krypton. Superman will have to deal with this fact and fight this formidable foe. Meanwhile, in Metropolis a new terror emerges in the form of Red Cloud. Can Superman deal with all these problems as Clark Kent? Both books have amazing artwork. 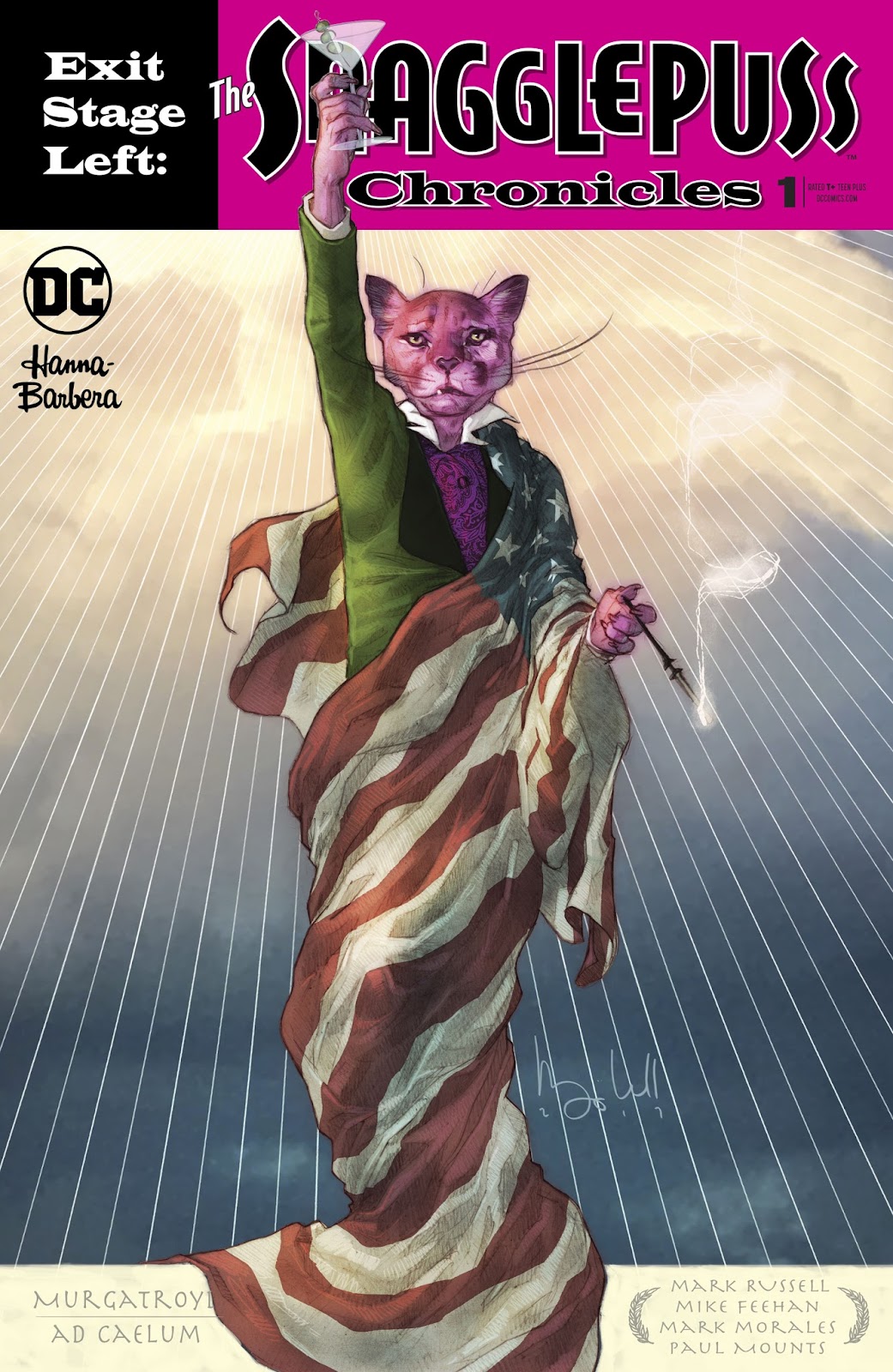 If you are a fan of original Snagglepuss cartoon, then this mini-series was made for you. It’s 1953. While the United States is locked in a nuclear arms race with the Soviet Union, the gay Southern playwright known as Snagglepuss is the toast of Broadway. Success has made him a target. As he plans for his next hit play, Snagglepuss becomes the focus of the House Committee on Un-American Activities. When powerful forces align to purge show business of its most subversive voices, no one is safe! I never thought I would become a fan of a Snagglepuss comic.

World magic is destroying everything. Wonder Woman recruited Detective Bobo, Man-Bat, Zatanna and Swamp Thing. A complete horror that will amaze you in every aspect. With help from John Constantine this team will fight against Witching Hour (a wonderful crossover between JL dark and Wonder Woman) and the Otherkind who wants to take every ounce of magic from the world. The writing and art are spectacular. 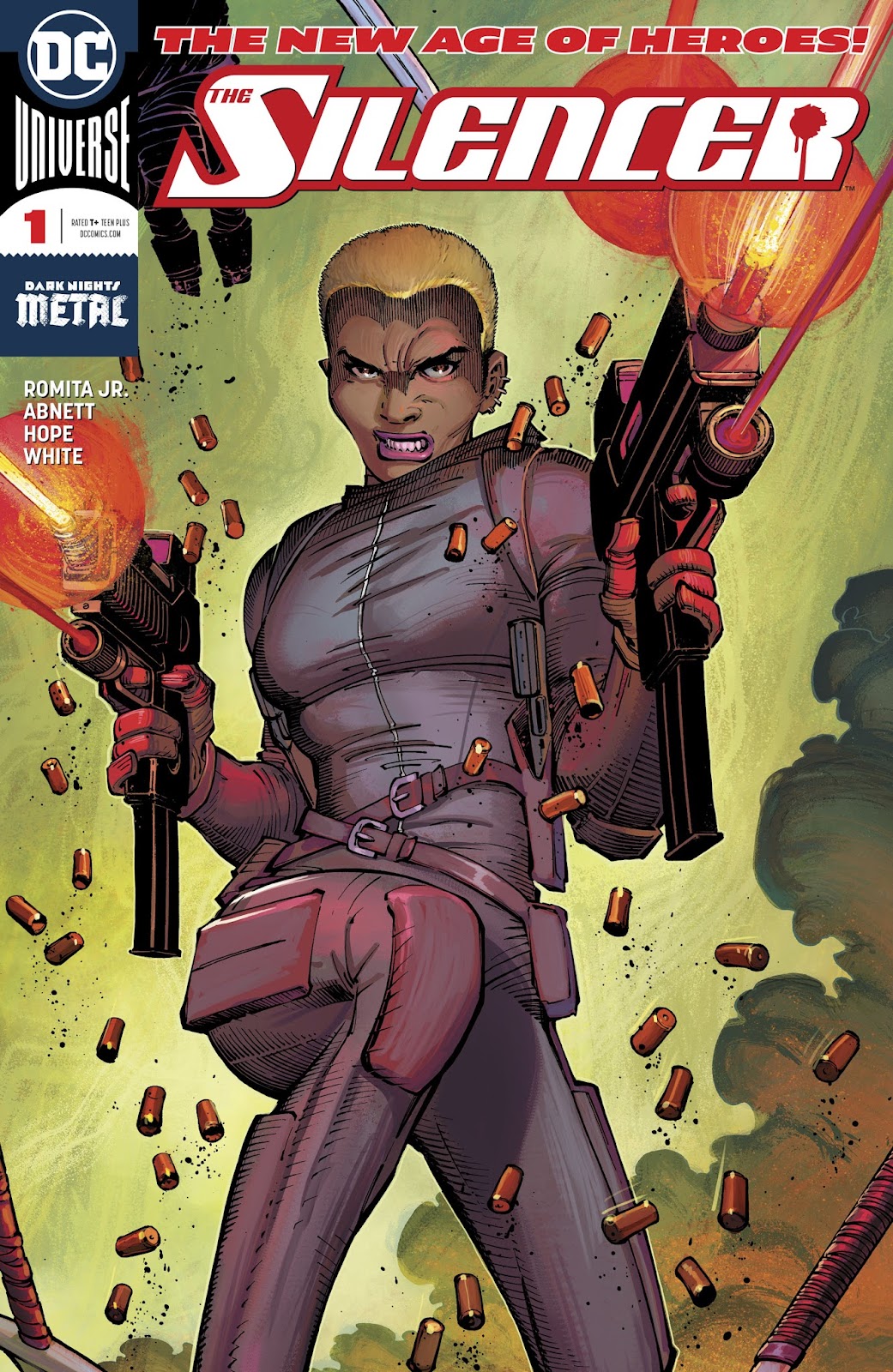 Said to be the best book from DC’s New Age of Heroes initiative. Honor has a happy life which she founded after leaving the life of Silencer, an assassin created by Talia-al-Ghul for her Leviathanian empire. Her past is back to haunt her and she wants to end this once and for all by killing none other than Talia. This book is one of the most underrated books that later shined because of its story line. 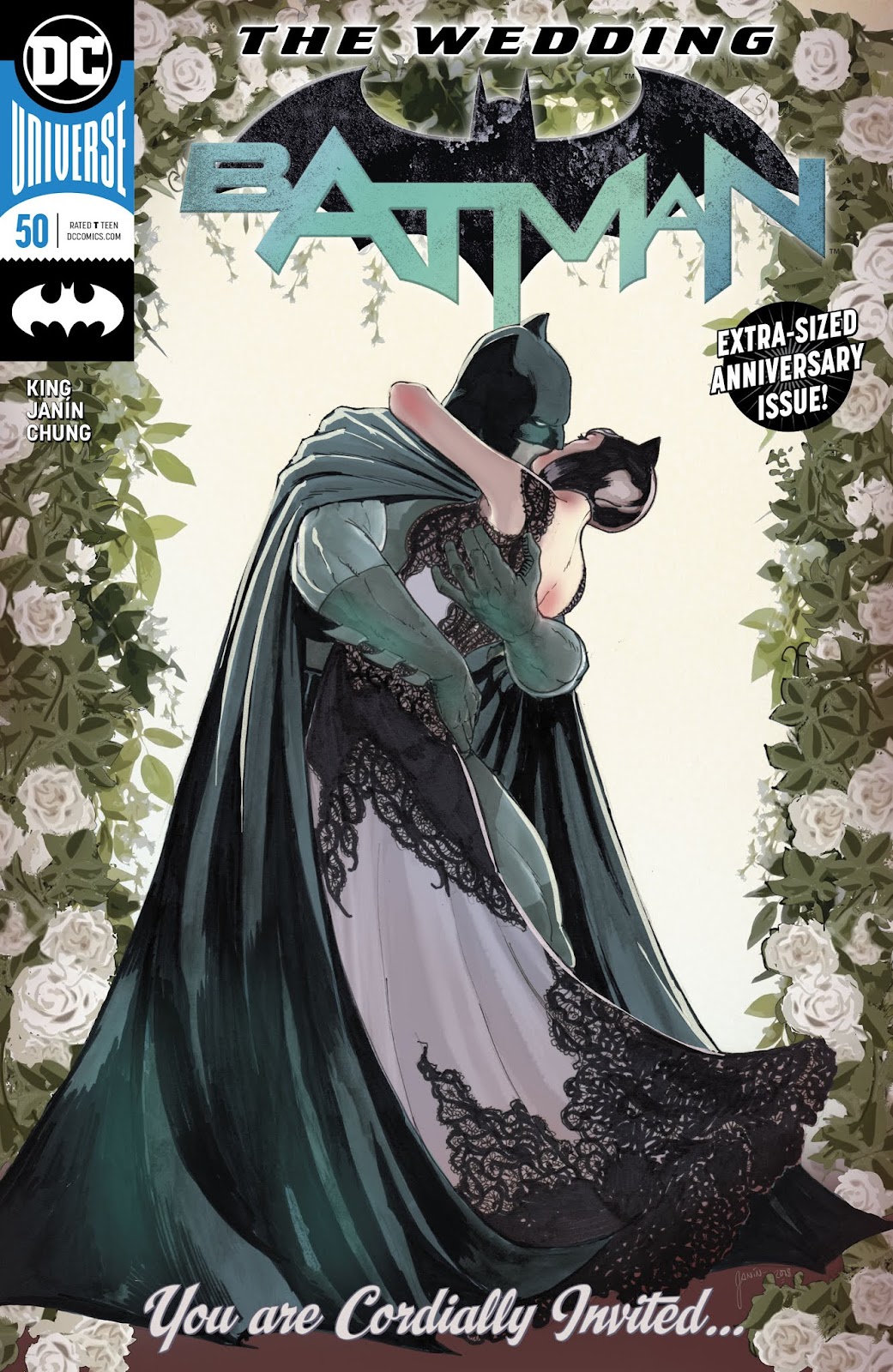 Batman is the only book on this list which was criticized so much this year. Spoiling the grand wedding or not executing properly on issue #50 let to disappointment of the hyped up comic. What we can all agree on is its fair share of highs and lows. Tom King is really dealing with Batman emotionally better than anyone else has. He is slowly building a great story line in what is just over a 100 issue run. With the massive number of issues, there were various artists involved but the art never lost its charm. All the artists did a great job.

This book is close to its #1000 while being completed by many writers and artists. This title had its fair share of breathtaking story line under James Tyrion. If you are bored from seeing Caped Crusaders taking on aliens and demi-gods, then read about Batman solving murder mysteries and understand why he is known as the World’s Greatest Detective. Included are all the appearances from fan favorites Bat characters like Oracle, Batwoman, Signal etc.

This run changes everything we know about Carter Hall aka Hawkman. He found out not only is he reincarnating in time but in time and space both. And now he is having visions of a space god known as Deathbringer who wants to destroy the world. Carter needs to find about his origin and stop them. This story is all time best from Venditti. The artwork is solid and every issue B-Cover is so beautiful. Hitch on art is unique and beautiful. One of the Best DC comics of 2018.

If you loved classic watchmen characters then this is the best book for you in 2018. Ozymandias takes Rorschach, Mime, and Marionette to travel from their world to DC Universe to find Mr. Manhattan. DC universe lost 10 years and the reason behind it is believed to be Mr. Manhattan. Supermen theory arise, that tells that US Government is behind every meta-human ever created. Is it coincidence or not? Will everything become clear at the end of Doomsday Clock? Stunning artwork and character development within story make this one of the finest.

One of the most entertaining books with intense action-packed adventures of Super-Sons, Jon Kent and Damian Wayne. The relationship between Chris Kent(General Zod biological son and Clark Kent foster child) and Jon is one of the plus points to this series. The dynamic between these two and living up to the expectations of their fathers make this comic worth reading. We all should be able to agree this is the best book in 2018. The life of Mister Miracle; his happiness, sorrow, frustration and how it all affects him and his loved ones lives is the most astonishing thing I have ever read. The 9-panel art style is one of the most difficult layouts but Mitch Gerads managed to outperform this layout too. This story will make you emotional, happy and sometimes give you goosebumps with every page you turn. The finale to this epic book leaves your eyes watery. Best book of the decade! Darkseid Is!